Part 3: In pandemic investing, Robinhood is the real winner

1. Compared to 2019, people invested more in 2020 based on net investment levels, with major spikes during the height of the pandemic (March to May 2020), suggesting people “bought the dip” when markets took a hit.
2. During the pandemic, Robinhood was the clear winner amongst investment platforms, surging from one percent market share to 43% based on number of users. It also has the youngest user base, with 81% of its users under the age of 35.
3. Vanguard and Stash break the implied trend that older investors are also wealthier. Vanguard skews younger (78% of users are under 35) but has the wealthiest average user, with 29% earning over $75,000 annually. Stash, on the other hand, skews oldest (only 67% of users are under 35) and yet only 17% of users earn over $75,000 annually.
4. All platforms saw net investment spikes in the early days of the pandemic, but it was not enough to maintain their market share - eventually, every platform lost some market share to Robinhood.

When the COVID pandemic struck, it had an enormous impact on the economy and the markets. Unemployment soared to its highest levels since the Great Depression, and it looked like the virus might bring the global economy to its knees. In Part One of the Consumer Finance Series, we analyzed the pandemic’s effect on income. In Part Two, we looked at COVID-19’s impact on credit card debt. In this edition of the Consumer Finance Series, we’re doing a deep dive into financial investments during the COVID-19 pandemic.
‍

Bullish investing in a bear year

At the beginning of COVID (mid to late March 2020) we saw an influx of net investments, likely due to consumers buying the dip in the stock market which bottomed out on March 23rd. However, since then we’ve seen consumers taper off new investments. Deposits and withdrawals are staying fairly balanced with a slight increase in withdrawals in recent weeks, which could be due to the markets recovering from COVID-related drops, so investors are choosing to lock in some wins.

Investment platforms came to play, but Robinhood won this round

We looked at five major players in the investment space - Vanguard, Robinhood, Stash, TD Ameritrade, and Fidelity - to analyze how the pandemic played out for them.
‍
All platforms experienced a surge in net investments at the very beginning of the pandemic. However, no platform grew more than Robinhood, which grew nearly 2000x its pre-pandemic base at its peak (now leveling off at 790x) and took market share from every other platform. Stash and TD Ameritrade also saw strong growth, with current activity around 2.5x and 2.2x, respectively, of their pre-pandemic volume. Fidelity saw a spike in March, but now its volume is back just below pre-pandemic levels. It seems the only platform to lose significant ground was Vanguard, which now has volumes well below its pre-pandemic levels, at 0.7x. At times, Vanguard’s volume dipped well below its pre-pandemic volume at a time when other platforms were experiencing significant growth.

While Robinhood’s growth is undeniable, it’s worth noting that the platform started with an incredibly small user base relative to other platforms, so growth percentages might look more enormous than the reality. However, digging into market share owned by each platform, it’s clear that Robinhood moved from the small-time to the big leagues, increasing from just 1% of users in January 2020 to 43% of users by July 2020. It seems that Robinhood’s win is everyone else’s loss, as all other platforms experienced a decline in market share since January 2020. The one platform to weather Robinhood’s rising storm the best was TD Ameritrade, which only saw 17% decline in its market share. Fidelity, Stash, and Vanguard saw 41%, 44%, and 50% declines in their market shares, respectively.
‍

Looking at deposit and withdrawal trends, Robinhood skyrocketed from one percent of deposits to 51%. While the platform also jumped from almost no withdrawals to 43% of withdrawal volume, it’s still less than its share of deposits, reflecting the platform is still growing even as more people withdraw funds. Contrast this to Fidelity, for example. Its market share of withdrawal volumes has been greater than its market share of deposit volumes throughout 2020, suggesting the company is losing investment dollars on its platform.
‍

Where things get more interesting is the age and income brackets for each provider. Our analysis found that Robinhood and Vanguard both skew millennial, with people under 34 accounting for 81% and 78% of investors, respectively on the platform. Stash, Fidelity, and TD Ameritrade skew the oldest, investors 35 and older accounting for 33%, 32%, and 30% of users, respectively.
‍

Traditional expectations suggest the oldest customers would also skew the wealthiest, but that isn’t entirely the case in our analysis. Vanguard, despite having a predominantly young user base, has the highest percentage of users earning over $75,000 annually (29%). Fidelity keeps to traditional expectations, both skewing older and wealthier, with 28% of users earning over $75,000. Stash, on the other hand, breaks tradition in the opposite direction of Vanguard. Despite skewing the oldest, it has the lowest number of earners over $75,000 (only 17%). This intuitively makes sense, given that Stash is a fractional share investing platform, so it might have a natural attraction to people who want to invest in big-name, expensive stocks like Tesla but cannot afford to buy whole shares.
‍

Looking ahead, anything is possible

When the pandemic struck, markets reacted with volatility. However, volatility can be profitable, and many investors chose to get into the markets instead of leaving the markets. We saw this manifest itself in huge net investment spikes for all platforms, with Robinhood the clear winner in terms of both user growth and net investment growth. While all other platforms lost market share to Robinhood, Vanguard seems to have lost the most. But despite Vanguard losing its market dominance, the platform remains popular with the young and wealthy. With that reputation, anything is possible for the future. 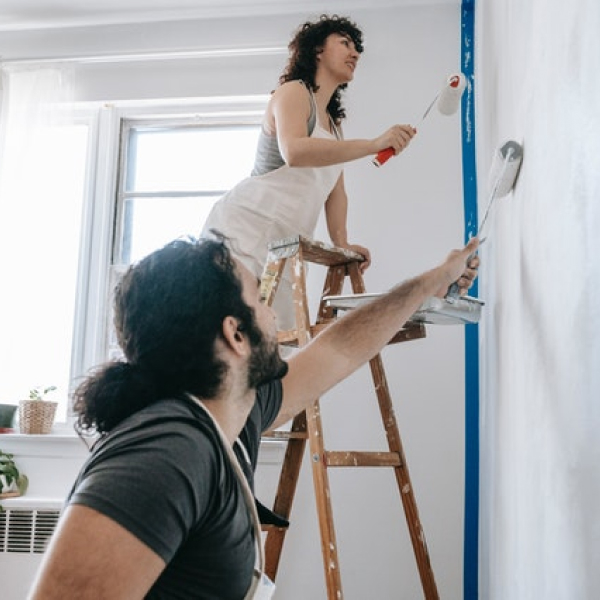 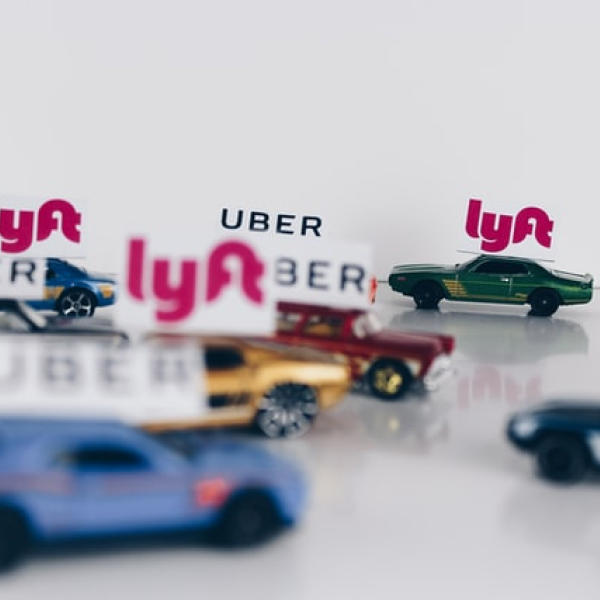 Dueling Rideshares: Comparing Lyft vs. Uber Spending Through the Pandemic
May 3, 2021 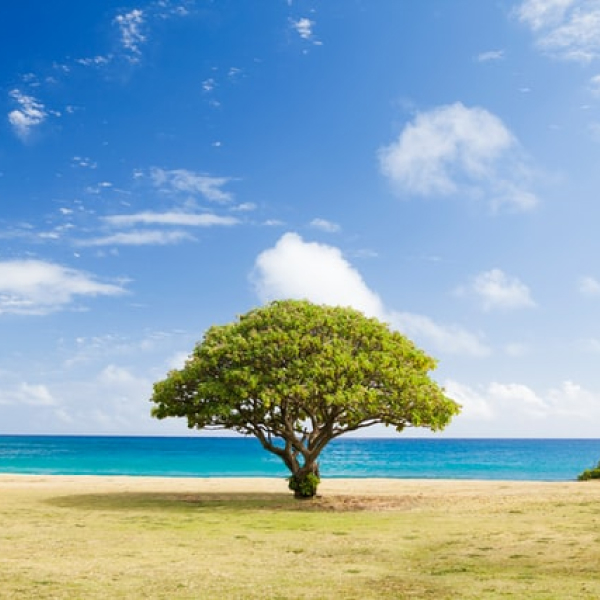 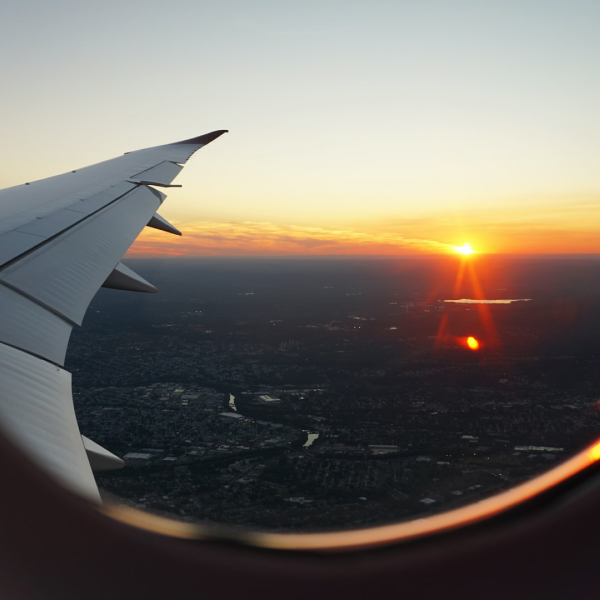 How The Pandemic Affected Travel Spending, Intentions, and Plans
April 13, 2021 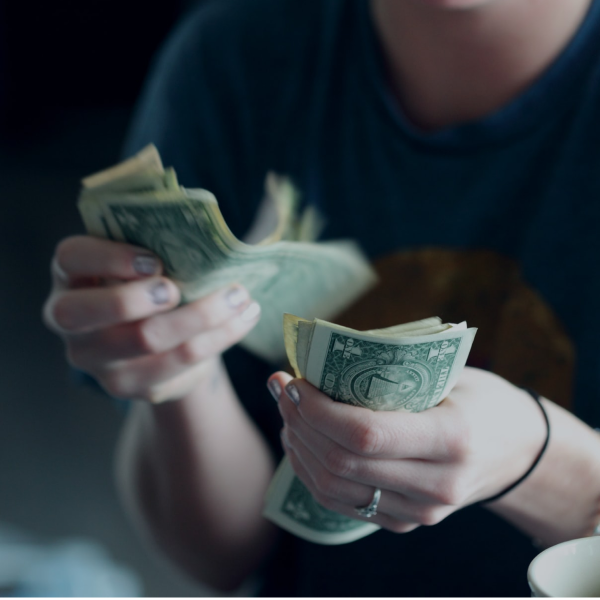 Trendsetters of the 21st century: How women are driving the economic engine
March 5, 2021 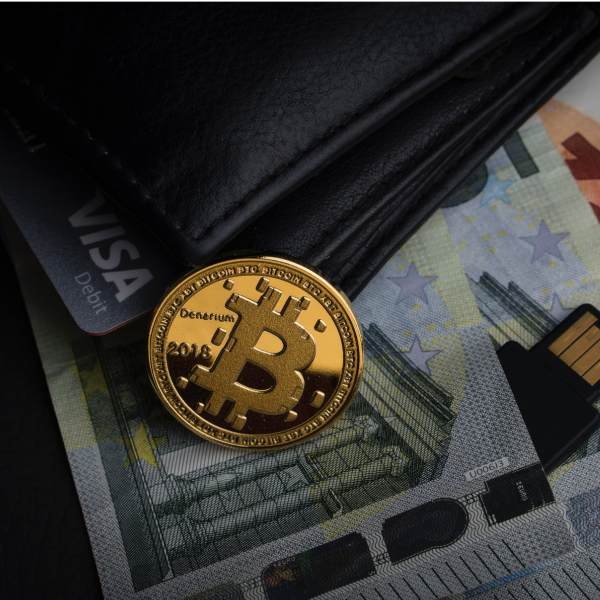 All Aboard The Crypto Train: Who Are The Latest Crypto Investors?
February 17, 2021
← Back